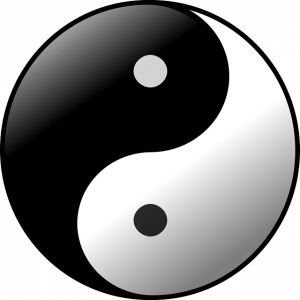 Juxtaposition is a writing device in which two things (places, ideas, or characters and their actions) are put side by side in the prose or poem in order to compare or contrast them with each other.

Examples Of Juxtaposition In Classic Literature

“Paradise Lost”: John Milton’s poem “Paradise Lost” is a classic example of juxtaposition. Two characters “God and Satan” are portrayed side by side, with the traits of each character made more obvious when compared with each other. Because of the contrast between Satan’s bad qualities and God’s good qualities, the reader can easily reach the conclusion that Satan was deserving of being banned from paradise for not submitting to God’s will.

“A Tale of Two Cities”: In this Charles Dickens tale of the French Revolution, the opening paragraph immediately contrasts the best and worst of the socio-economic climate of the times by speaking of wisdom and foolishness, Light and Darkness, hope and despair. This highlights the dichotomy in the story to come, in which the chasm between the “haves” and the “have-nots” becomes too vast to cross, setting the stage for revolution.

Writers use the literary device of juxtaposition to pique the reader’s interest, drawing a comparison between two contrary things by placing them side by side. The comparison creates a vivid picture in the reader’s mind and can control the pace of a poem or narrative by offering a sensible connection between two ambiguous ideas.