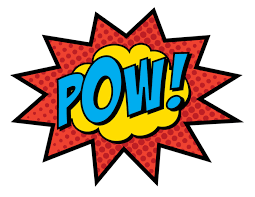 There are many devices within the English language that are used for varying effects in all forms of literature, from prose to poetry to different prompts in plays and scripts.  One of these lesser understood devices is the onomatopoeia, a way to describe sounds within the relevant language at the time.  Several onomatopoeiae that exist in the English language are often associated with the sounds or noises that animals make, such as “moo” for cows, “quack” for ducks, “meow” for cats, and so on, though many of these and other onomatopoeia will vary depending on the language in which they are used; where a native English speaker would use the onomatopoeia “tick tock” to describe the sound of a clock, a Japanese speaker would be more likely to say “katchin katchin.”

Studies show that onomatopoeia are the most commonly used phenomenon within infants while they are in the process of learning a native language. During this process, infants slowly begin to differentiate the use of the most common phonetics within a given language, what experts deem “tame” onomatopoeia, and the entire range of sounds that their vocal cords can produce, also known as “wild” onomatopoeia, to imitate various sounds that they hear within their environment. As the infant grows, the range of “wild” onomatopoeia slowly decreases while the frequency of appropriate use for “tame” onomatopoeia increases along with the formation of the language itself.

Onomatopoeia in the modern world often see use in media such as comic books. Comic books credit writer-artist Roy Crane with popularizing the onomatopoeia within comics to introduce a more fast-paced, action-driven story line.  Crane was also known to create new onomatopoeia to further the effects they might have within the narrative.  Pop culture historian Tim DeForest notes particular choices such as “ker-splash” and “lickety-wop” for variance within comic books. These sorts of use for the onomatopoeia even came to see frequent use in television, most notably in the 1960’s “Batman” series as the words themselves would occasionally appear on the screen similar to the style in which they were used in comic books. The onomatopoeia also sees frequent use within product advertising to describe the sounds various products make as a point of their appeal. Some may remember old jingles such as the Alka Seltzer commercials, “Pop pop fizz fizz, oh what a relief it is,” or the cartoon characters representing the sounds that the breakfast cereal “Rice Krispies” were known to make.

A lesser extent of the use of onomatopoeia nowadays is within literature, poetry in particular. Using techniques such as alliteration and consonance (a rhyming pattern that utilizes similar consonant sounds at the ends of words in lieu of traditional rhyme schemes that tend to utilize similar vowel sounds, typically known as “assonance”), writers are able to mimic the onomatopoeia in purpose even without necessarily or strictly using onomatopoeia themselves. The line “furrow followed free” in Samuel Taylor Coleridge’s Rime of the Ancient Mariner is often referred to in this regard, as the line itself mimics the repeated use of an onomatopoeia by way of consonantal technique. In many cases, onomatopoeia are used outright within poetry, to the same effect as consonance or alliteration, as to portray sound within the context of the poem itself, as exemplified by a verse from Edgar Allen Poe’s “The Bells.”

Between the uses of the obvious onomatopoeia “jingle” and “tinkle” to the repetitious use of the titular “bells” themselves, one can consider the evocative imagery of bells constantly chiming and ringing about them as if they were being rung from a bell or clock tower. In poetry especially, this use of the onomatopoeia is prominent for this very reason: the evocative where words might otherwise fail.