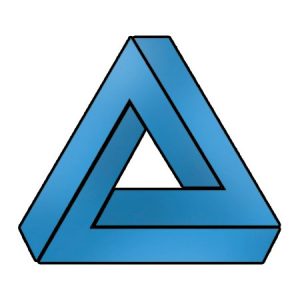 Many literary devices are often used as an abstract effect to convey various ideas, points of view or in the legal case of poetry, imagery or other methods toward evoking certain emotions or thoughts. In the case of the paradox, this might actually be one of the more obvious devices due to its stark contrast in its ability to grab the attention of readers as often mind-altering propositions for the reader’s consideration. The general definition of a paradox is a statement that appears initially to be self-contradictory or going against certain expectations or opinions.

Some would claim that the very purpose of reading any piece of literature is to be entertained through the reading itself (though many in the modern age might argue this against less engaging activities such as watching television or playing video games). And while the thought of being presented directly with information to absorb and cultivate in one’s mind can itself be pleasurable, in most cases it doesn’t necessarily present the challenge of any sort of critical thought. People tend to read, produce images from the written word in their mind, and take the images and string them together into some sort of coherent story or stream of information, depending on the medium in which they are presented. However, the sharp double-take readers might make after reading a paradox, theoretically, could be interpreted as bringing more pleasure to the reader by initiating a process of critical thinking and analysis in order to reveal some sort of hidden meaning or message within the context of the paradox. For example, one famous line of paradox follows, presented by Oscar Wilde:

“I can resist anything but temptation.”

At the base level, this statement would simply make no sense at all. How can one resist anything that might bear resisting if you can’t resist the temptation of it as a whole? As it turns out, this is the joke behind Wilde’s quote: that while he can resist the urges (or lack thereof) toward things that do not necessarily garner his attention or bear the fruit of any temptation for him whatsoever, the thought of resisting anything that might actually be considered tempting in any capacity is unlikely, if not altogether impossible.

The thought process that one goes through in an effort to discover the underlying meaning of such lines not only is a theoretically active device toward keeping a reader engaged in their reading, but it also induces the pleasure of coming to one’s own conclusions regarding such critical thought. Poetry, often viewed a measure of interpretation in and of itself, also tends to make use of paradox in this way. Through this, the act of analyzing and interpreting poetry to achieve one’s own meaning is amplified by  utilizing paradox: a wrench within the wrench that is often the poem’s cryptic message by itself. William Wordsworth utilizes paradox in this way in his work, “My Heart Leaps Up When I Behold”:

My heart leaps up when I behold
A rainbow in the sky:
So was it when my life began;
So is it now I am a man;
So be it when I shall grow old,
Or let me die!
The Child is father of the Man;
I could wish my days to be
Bound each to each by natural piety

The paradox noted in the poem, “The Child is father of the Man” may seem confusing to many at first glance, though in the way that fathers bring about children as progeny into the world, children by their virtue of growth through personal experience (as well as basic biology) give way to themselves to become men later in life. In this way, the use of paradox emphasizes the sometimes complex process of human life and growth, and simplifies it from the perspective of nature as a whole.