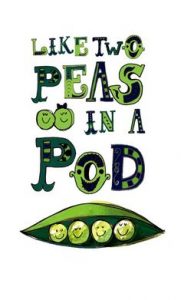 A lot of people get the terms “simile” and “metaphor” confused. When writers use a simile they are making a comparison between two things directly usually using the words “like” or “as”.

All similes are metaphors because you are making a comparison between two things, but not all metaphors are similes because similes refer to a comparison as previously mentioned with using the words “like” or “as”.

Similes are usually used by writers to help describe something. For example, a simile to describe the rain that was falling down from the sky and it was painful, you might say something along the lines of “the rain was like sharp needles pouring down from the sky.” If you wanted to use a metaphor, but not a simile, you could say something like “razor sharp needles poured down from the sky.” Because we know that rain falls from the sky, we still understand that the razor sharp needs are rain and not to take it in the literal sense. But to be safe and to make sure the reader doesn’t misinterpret the work, a lot of writers prefer to use similes over metaphors.

Examples of Similes In Everyday Language

Example of Similes in Poetry

One of the most famous examples of a simile in a poem is none other than Twinkle Twinkle Little Star. The last line of the poem compares the star to a diamond. And based on science, we know that he’s not far off as carbon is what makes diamonds and is also found in stars! But of course, we know that stars are not diamonds in the literal sense.