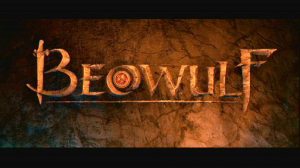 A quick way to describe the term caesura is that it works something like a verbal comma. It is a word of Latin origin which means cut or hewn. In poetry, it is a break in the verse where one phrase comes to an end and another begins.

Caesuras also occur in music. There they, too, represent a break similar to that which occurs in poetry. When used in music they offer pauses where singers have time to catch their breath. In poetry, the speaker also gets a chance to pause to take a breath. In Greek or Latin verse it occurs technically at breaks in the words in a metrical foot.

A simple way to put it is that everyone breathes in between speaking. When they say one phrase, they pause, take a breath and say the next phrase. These pauses are natural and occur in the rhythm of anyone’s speech but no one speaks that they “Went to the store comma and then went home.” A simple pause in the speech indicates this.

The caesura must be implemented in poetry for dramatic effect as well as out of necessity in between a line or sentence. The notation for a pause like this is a comma in most modern poetry. In medieval times a virgule or single line denoted such a pause.

In music, a similar notation in the form of two slanted lines is used to mark pauses in between words or bars where a breath is needed. The marking would technically also indicate that a musician or singer take a quarter rest although in poetry it is usually a single breath.

The epic poem of Beowulf is a great example of the use of this device. Each line ends in a caesura or poetic pause as illustrated in the first passage below:

LO, praise of the prowess of people-kings
of spear-armed Danes, in days long sped,
we have heard, and what honor the athelings won!
Oft Scyld the Scefing from squadroned foes,
from many a tribe, the mead-bench tore,
awing the earls. Since erst he lay
friendless, a foundling, fate repaid him:
for he waxed under welkin, in wealth he throve,
till before him the folk, both far and near,
who house by the whale-path, heard his mandate,
gave him gifts: a good king he!
To him an heir was afterward born,
a son in his halls, whom heaven sent
to favor the folk, feeling their woe
that erst they had lacked an earl for leader
so long a while; the Lord endowed him,
the Wielder of Wonder, with world’s renown.
Famed was this Beowulf: far flew the boast of him,
son of Scyld, in the Scandian lands.
So becomes it a youth to quit him well
with his father’s friends, by fee and gift,
that to aid him, aged, in after days,
come warriors willing, should war draw nigh,
liegemen loyal: by lauded deeds
shall an earl have honor in every clan.
Forth he fared at the fated moment,
sturdy Scyld to the shelter of God.
Then they bore him over to ocean’s billow,
loving clansmen, as late he charged them,
while wielded words the winsome Scyld,
the leader beloved who long had ruled….
In the roadstead rocked a ring-dight vessel,
ice-flecked, outbound, atheling’s barge:
there laid they down their darling lord
on the breast of the boat, the breaker-of-rings,
by the mast the mighty one. Many a treasure
fetched from far was freighted with him.
No ship have I known so nobly dight
with weapons of war and weeds of battle,
with breastplate and blade: on his bosom lay
a heaped hoard that hence should go
far o’er the flood with him floating away.
No less these loaded the lordly gifts,
thanes’ huge treasure, than those had done
who in former time forth had sent him
sole on the seas, a suckling child.
High o’er his head they hoist the standard,
a gold-wove banner; let billows take him,
gave him to ocean. Grave were their spirits,
mournful their mood. No man is able
to say in sooth, no son of the halls,
no hero ‘neath heaven, — who harbored that freight!