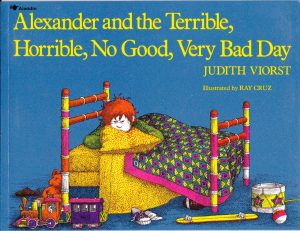 When we start reading to our kids, we don’t always consider adding variety to the regimen. Sure, simple stories are nice but sometimes kids and parents could both benefit from something a little bit different. Poetry can provide a lot of benefits for a young mind: not only does it make you think and interpret a lot more about a little bit, but it can also help put them to sleep when it’s time for bed. Sure, we all know Dr. Seuss. But there are more poets out there devoted to telling insightful tales to your kids. Here are a few of the great children’s poets whose names you should definitely know.

Shel Silverstein was a Playboy cartoonist, but don’t let that dissuade you from giving his poems a try. Actually, the Playboy mansion was where he wrote a lot of his work. He wrote Where The Sidewalk Ends, a book of poems that was quickly recognized as a classic.

Edward Lear wrote and illustrated his poetic works, and when he wasn’t doing that he was working on other artistic endeavors such as composing music. When he was writing children’s poems, however, he made a name for himself by perfecting the limerick. It could be argued that he’s the only reason most of us have heard so many of them growing up.

Jacqueline Woodson has written a number of successful young adult novels, but she writes for younger kids and even adults as well. She won a National Book Award in 2014 and was appointed as the young people’s poet laureate of the Poetry Foundation.

Robert Louis Stevenson is famous for The Strange Case of Dr. Jekyll and Mr.Hyde and Treasure Island, but also a number of popular children’s poems on a variety of subjects. He isn’t afraid to venture into more serious topics or at least touch upon the darkness inherent in us all from time to time.

Alexander and the Terrible, Horrible, No Good, Very Bad Day was written by Judith Viorst, but she also wrote poetry for children and parents both. She is especially known for her witty, fun-flavored titles like: Sad Underwear and Other Complications.

Roald Dahl never stopped churning out poetry. He wrote a collection called Revolting Rhymes. In it, he retold famous fairy tales–but these were far darker than your traditional Disney flavor.

You may not have heard of Naomi Shihab Nye, but she’s a master of the narrative whether in the form of narrative or poetic verse. She has won a number of awards and prizes for her writing. She’s known for the kind of imagery she weaves into her tales.

How many of these children’s poets did you recognize? There are dozens more that you might wish to see on the list, but these are a good start. For more information visit their website.