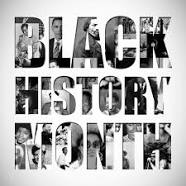 Although we’ve already talked about Maya Angelou before, there are several other inspirational and great African-American poets that should be celebrated not only during Black History Month but at any time because there poetry is amazing regardless. But what I love about black poetry is that you can feel the essence and soul that these writers put into their work as they reflect upon the African-American experience. We can feel their pain, their sorrow, their joy and whatever emotion they are willing to share in their piece.

Gwendolyn Brooks became the first African American ever to win a Pulitzer Prize. She won the Pulitzer Prize for her second collection of poems entitled Annie Allen.  She was also the first black woman to be appointed Poet Laureate of the United States. Her most famous piece, is “We Real Cool” found below:

We real cool. We
Left school. We

Lurk late. We
Strike straight. We

Sing sin. We
Thin gin. We

The Harlem Renaissance is one of the most celebrated times in Black Culture. Jazz musicians like Luis Armstrong and Duke Ellington paved the way for African American musicians, while writers like Langston Hughes broke new ground for African American writers. His most famous poem entitled Harlem (see below) was an inspiration for other black writers. For example, African American playwright  Lorraine Hansberry titled her play A Raisin In The Sun about a black family in Chicago during the time of segregation.

What happens to a dream deferred?

Does it dry up
like a raisin in the sun?
Or fester like a sore—
And then run?

Or does it explode?

Audre Lorde describes her self as “black, lesbian, mother, warrior, poet.” During the Civil Rights movement, her poetry reflected the turbulent times. The Brown Menace (below) especially rings true as police brutality, white supremacy and other issues still persist til this day.

and my brothers and sisters

in the sharp smell of your refusal

nightmare on your white pillow

your itch to destroy

Call me your own determination

in the most detestable shape

friend of your image

in your most deeply cherished nightmare

scuttling through the painted cracks

you create to admit me

into your fearful midnights

into your values at noon

in your most secret places

you learn to honor me

although your greedy preoccupations

through your kitchen wars

and your poisonous refusal–